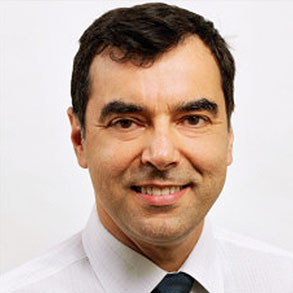 Prof. Amnon Shashua holds the Sachs chair in computer science at the Hebrew University of Jerusalem. His field of expertise is computer vision and machine learning. For his academic achievements he received the MARR prize Honorable Mention in 2001, the Kaye innovation award in 2004, and the Landau award in exact sciences in 2005.

In 1999 Prof. Shashua co-founded Mobileye, an Israeli company developing a system-on-chip and computer vision algorithms for a driving assistance system, providing a full range of active safety features using a single camera. Today, approximately 11 million cars from 25 automobile manufacturers rely on Mobileye technology to make their vehicles safer to drive. In August 2014, Mobileye claimed the title for largest Israeli IPO ever, by raising $1B at a market cap of $5.3B. In addition, Mobileye is developing autonomous driving technology with more than a dozen car manufacturers. An early version of Mobileye’s autonomous driving technology was deployed in series as an "autopilot" feature in October, 2015, and will evolve to support more autonomous features in 2016 and beyond. The introduction of autonomous driving capabilities is of a transformative nature and has the potential of changing the way cars are built, driven and own in the future.

In 2010 Prof. Shashua co-founded OrCam which harnesses computer vision artificial intelligence to assist people who are visually impaired or blind. The OrCam MyEye device is unique in its ability to provide visual aid to hundreds of millions of people, through a discreet wearable platform. Within its wide-ranging scope of capabilities, OrCam’s device can read most texts (both indoors and outdoors) and learn to recognize thousands of new items and faces. 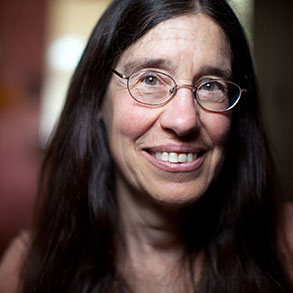 Elizabeth Shilin Spelke is an cognitive psychologist at the Department of Psychology of Harvard University and director of the Laboratory for Developmental Studies. Dr. Spelke did her undergraduate studies at Radcliffe College studying attachment and emotional reactions in babies. She realized that she needed to have an idea of what babies really understood, and so began her lifelong interest in the cognitive aspect of child psychology.She did her Ph.D. at Cornell with developmental psychologist Eleanor Gibson, from whom she learned how to design experiments on young children. She has suggested that human beings have a large array of innate mental abilities. In recent years, she had an important role in the debate on cognitive differences between men and women.She defends the position that there is no scientific evidence of any significant disparity in the intellectual faculties of males and females. Spelke was elected a Fellow of the American Academy of Arts and Sciences in 1997. She was the recipient of the 2009 Jean Nicod Prizeand delivered a series of lectures in Paris hosted by the French National Centre for Scientific Research. In 2016 Spelke won the C.L. de Carvalho-Heineken Prize for Cognitive Sciences. 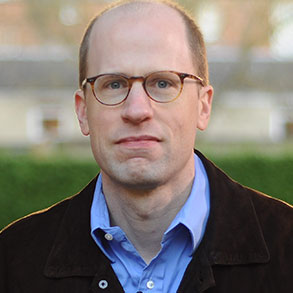 The Conversation on Long-term AI Impacts

Nick Bostrom is Professor at Oxford University, where he is the founding Director of the Future of Humanity Institute, a multidisciplinary research center which enables a few exceptional mathematicians, philosophers, and scientists to think about global priorities and big questions for humanity. He also directs the Strategic Artificial Intelligence Research Center.

Prof. Bostrom has a background in physics, computational neuroscience, and mathematical logic as well as philosophy. He is the author of some 200 publications, including Anthropic Bias (Routledge, 2002), Global Catastrophic Risks (ed., OUP, 2008), Human Enhancement (ed., OUP, 2009), and the academic book Superintelligence: Paths, Dangers, Strategies (OUP, 2014), which became a New York Times bestseller. He is best known for his work in five areas: (i) existential risk; (ii) the simulation argument; (iii) anthropics (developing the first mathematically explicit theory of observation selection effects); (iv) impacts of future technology; and (v) implications of consequentialism for global strategy.

He is recipient of a Eugene R. Gannon Award (one person selected annually worldwide from the fields of philosophy, mathematics, the arts and other humanities, and the natural sciences). He has been listed on Foreign Policy's Top 100 Global Thinkers list twice; and he was included on Prospect magazine's World Thinkers list, the youngest person in the top 15 from all fields and the highest-ranked analytic philosopher. His writings have been translated into 24 languages. There have been more than 100 translations and reprints of his works.